By Gregg Licht on August 13 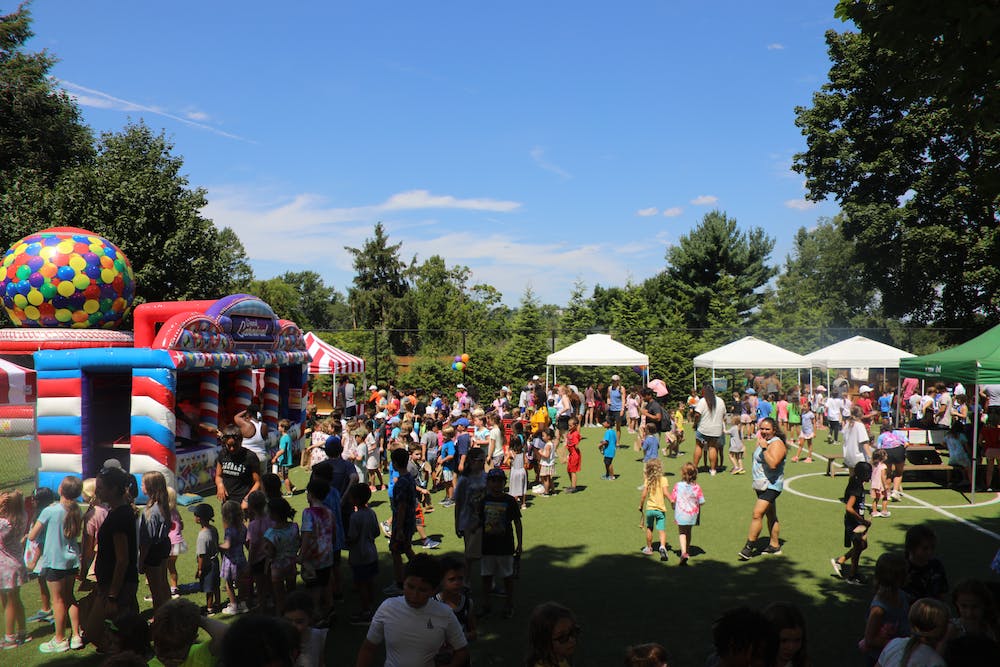 Week 7 was AMAZING in every way possible. 5 days of sunshine, friends, teamwork, healthy competition, and creativity. Every moment was filled with fun opportunities for personal growth and trying new things. Everywhere one looked, a wonderful activity or special program was happening. This was the week for campers and staff to make their mark on the summer of 2022, and it happened!

One of the great highlights of the week was Carnival. We had awesome rides like the Cliff Climb Vertical Rush, Bounce Houses, Hungry Hungry Hippos and the Dizzy Cups. Groups got to lead classic carnival activities like squirt the candle, Gatorade Challenge challenge, ring toss, and fortune tellers. There was even a spa booth run by our performing arts staff. Of course, the real magic of the Elmwood carnival is the whole camp being together and being joyful!

Monday’s All Camp Meeting was filled with honoring counselors who have been at at camp for more than four summers. Congratulations to the fantastic staff members who continue to impact our place every summer. We also played class game shows like Family Feud and Pyramid!

The whole camp has been waiting for the entire summer to see what was in Gregg’s present and would he be able to open it. The Elmwood Improvement Society was back, but they were unsuccessful with opening the gift even though it had spent weeks at the lab.

Gregg and Hillari opened the box and inside…was a fox! Allie then came to the stage and asked the Fox to sing in an Elmwood version of the Masked Singer. The fox sang and the camp guessed who it might be. Finally, the fox revealed himself, and it was Toonces the Driving cat from summer 2021. Then, Toonces became Gert the weightlifter and handed Gregg yet another present. It was a beautiful blanket commemorating the summer of 2022.

Campers loved going on the last two hikes of the summer. They conquered the mountains of Harriman State Park, worked as a team and felt incredibly accomplished.

Tuesday and Wednesday was the clear highlight of the week as it was the two-day extravaganza known as the Levy Upper Village Bowl.

Campers no longer had the comfort of their regular groups, but now had the opportunity to make new Elmwood friends with children from other groups in many wild competitions. The Red, White, Blue and Green teams were led by specialists, group leaders, and division specialists. From the opening challenge to the cheer off finale, camper participation and effort combined with staff enthusiasm and coaching led the UV Bowl to being a tremendous event. Campers competed in a wide variety of events including: A&C Challenges, Trivia, Pictionary, Soccer, and Swim Meets to name a few. In the end the Blue team was proclaimed the victor, but all campers learned lessons in how to compete and work as a team. Whether you won or lost it was very clear that Tuesday and Wednesday were among the finest for our Upper Village campers.

We cannot wait for what week eight has in store.

Have a wonderful weekend!