By Gregg Licht on August 01 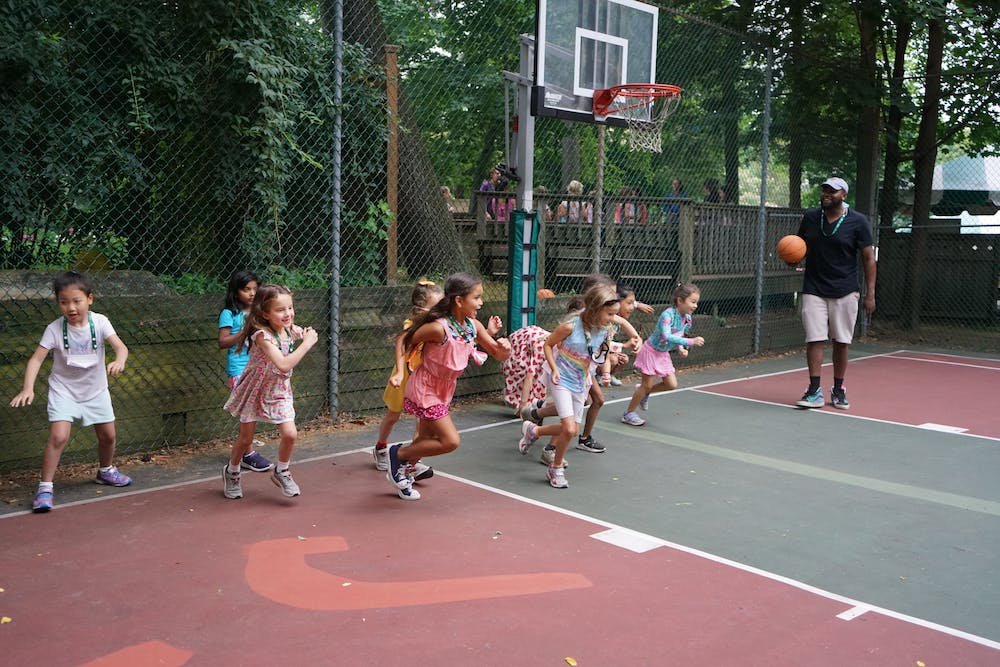 Every week at Elmwood tells a story…

Luisa cooked up some delicious food this week. Favorites were chicken fingers, grilled cheese, the best pizza around, and hamburgers, hot dogs, veggie burgers, and turkey burgers at Friday’s BBQ.

It was story week for Stepping Stones. Campers made wonderful puppets at arts and crafts and had had Storywod with Anne. Anne told her some of her all-time favorites while coulnelsors acted them out. The campers were mesmorized. For the final story, all of the counselors had to come up on stage to pull the largest pumpkin ever out of the pumpkin patch. It took all 40 Stepping Stones staff members!

First-grade campers also had their annual first-grade birthday party this week. Activities included pinatas and unwrap the present. Luisa made special homemade cupcakes that had pretzels and the most outrageous frosting!

All Lower Villagers started a new round of Workshops this week. Beatrice led campers and staff in an incredible dance from the Lion King. We are also proud to partner with The National Circus Project. This week kids were able to try juggling, plate spinning, diablo, and stilt walking!

Upper Village too had a spectacular week. At their Super Meeting, Allie hosted Elwmood’s The Price is Right. Gregg and Amy were the contestants. They had to guess prizes of some pretty wacky items, and campers were the live studio audience. The campers did far better than Amy and Gregg! Other Upper Village Highlights were the late nights for third graders and the fifth/sixth graders. Who doesn’t love a pizza and pool party?!?!

Our oldest campers got to go kayaking this week. It was incredible made that much better because it was our campers and staff’s first time to go on a field trip in almost two years. We are thrilled that we were able to create a safe and fun trip for these kids.

Our athletics program was operating at full tilt this week. Each one of our coaches was thrilled with the five amazing days of weather which allowed for great playing conditions and tons of skill development. There was tremendous growth with dribbeling, shooting, and passing at soccer this week. There were also many 3 on 3 games so that campers had lots of ball access.

Heather had a great week at tennis and campers made fantastic progress. It is remarkable to see the growth of kids at tennis in just a few short weeks. We are also thrilled that even with social distancing in place, we have been able to give campers who want competitive gameplay through our Upper Village Club Program.

Beau, Dave, and Lizzy made the Quest (Science) Area the place to be this week.

Stepping Stones learned all about bubbles. What ingredients go into the bubble mix? What shape is a bubble? Campers even got to make their own made their own bubble wand

Lower Villagers continued their exploration of chemical reactions with zinc sulfide (glow powder) and a blacklight. They also completed the famous Diet Coke and Mento experiment. Upper Villages studied Geology this week as they learned about different types of rocks. Campers got to make sedimentary columns, explored the rock cycle, and learned what types of rocks would sink or float.

We are getting very excited for our sixth week of camp which includes Tarplin Games and Superhero Day.

We can’t wait to see our campers and staff then!