By Gregg Licht on July 18 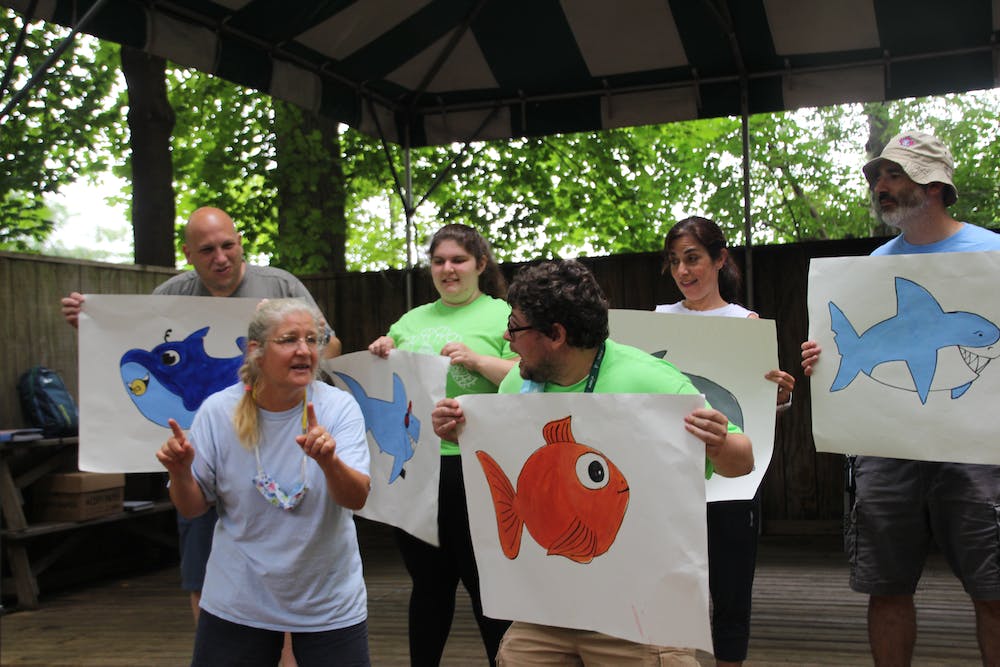 Week three in a few words:

It was an extraordinary week at Elmwood Day Camp!

At this week’s super meetings we had a friendly visit from a family of sharks! They came to visit to sing a song with all of the campers! There was a small fish (Science Beau) visiting too. The sharks wanted to eat him, but the campers successfully scared the sharks away!

Our youngest campers, the Stepping Stones, had special events of their own this week.

Our K campers had Adventure K Day which included a scavenger hunt for a kazoo, a keychain and a kaleidoscope. Every group created their own secret handshake and made amazing group posters.

Our four-year-old Campers had Under the Sea Day. At Ballpark, they met Scuba Jess and went on a pirate ship adventure. They made an ocean-themed snow globe with Ray Jojo and Ray at the veranda and had magical water activities with Anne. The day was capped off when they searched for under the sea creatures at Skypark.

All of our second-grade campers had a late stay at camp this week. Campers got to have a third swim which included pool dancing. They also participated in epic relays and got have a pizza and ice cream party!

The first-ever Upper Village “Fort and Water Balloon Bonanza” Day was a huge success! The campers got to work together to build their own group forts. They then got to try to take down other groups’ forts with water balloons! The other favorite water balloon activity was the balloon parachute catapult. Everyone got very wet!!

There was extraordinary progress made this week at athletics! At archery, the campers got to pop balloons with their arrows to practice their aim. For the first time at Elmwood Day Camp, some campers were able to learn about Cricket. Lastly, field day activities favorites like Spike Ball and Capture the Flag.

Every group in camp had Service Learning with Division Head this week. We explored what it means to take care of each other, what food insecurity means and that means, and that 1 in 5 children are food insecure. We believe in taking action together as a camp to help the surrounding communities. Our Stepping Stone Families had a food drive last week and Lower and Upper Village families will have their drive this and next week. We thank our families in partnering with us to support the Dobbs Ferry Food Pantry.

It is hard to truly capture how impactful and meaningful week three was at Elmwood. Every member of our community made their mark last week, and we cannot wait to see what is in store for week four!