By Gregg Licht on July 11 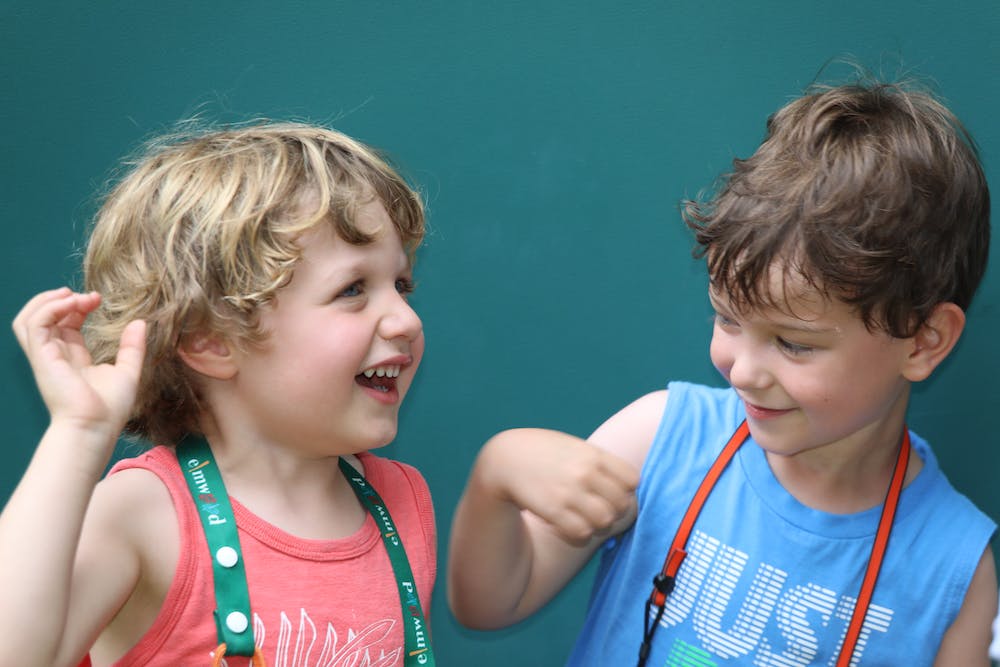 We had a great second week at camp. It is an amazing feeling to see how quickly this community comes together. Children and staff form an instant bond, and everyone feels very comfortable in this, their summer home. At Elmwood, our mission is to help each person discover and celebrate who they are supposed to be. This is why people feel comfortable so quickly. Everyone is accepted here, and there is no better feeling than that!

The first Elmwood Adventure Day was a blast! To start with, there were waterslides and a giant car wash. Campers and staff LOVED going down the awesome slides and getting very very wet!! There were so many different special events going around across camp. There were parachute games at the ballpark, an adventurous obstacle course on the softball field, a bucket tower game at Allie’s Arena, and capture the flag and potato sack races at A&W field.

Let’s not forget about choose your own adventure: campers got to choose how their adventure would end. Perhaps the favorite was washing a bus. Only at Elmwood can campers use big sponges and tons of soap and water to wash the outside of an Elmwood bus!

Adventure Park was in “full swing” this week. Campers took risks, challenged themselves, and tried something new. Matt and his team allowed campers to be safe while still pushing themselves. Our oldest campers even got to experience the drop this week!

While team sports were going strong this week, our individual sports were just as strong. Gymnastics, Yoga, Archery, and Tennis are camper favorites for sure. At Elmwood, there are many ways to be athletic. Jess and Steve, and their entire Athletics team, ensure that campers explore their full physical and mental potential!

There is a tremendous amount that went on in our second week despite some rainy weather. The fun does not stop when the rain comes pouring down. On our rainy days this week, we played board games, watched movies, built forts, went to a glow party, played gaga, worked on our arts and crafts projects, participated in sports challenges, and learned about buoyancy at science.

As is Elmwood tradition, every group now has its own name. Our 2021 group names are:

We could not be more excited about the week ahead. See you tomorrow!